Posted on November 12, 2017 by londonrdstationpartnership

… and we shall have snow/And what will poor robin do then?”: so goes the rhyme I remember from childhood. With a fierce North wind blowing today, it was bitterly cold up on Brighton Greenway. By this time in the year, we’ve lost the sun, low in the sky, and so we felt the full force of the wind. All the same, seven of us turned up for the monthly clear-up, perhaps fooled by the bright sunshine elsewhere: we were mainly litter-picking and cutting back overhanging branches and weeds.

We tidied the mid-way seating area, cutting back the woody herbs to ensure that they don’t rot during the likely wet of the winter. We cut back brambles, buddleja and nettles in the area opposite where we’d tried to sow wildflower seeds. We cleared the litter and some of us had a go at cutting back vegetation encroaching on the path: our old friend, buddleja, but also nettles and thistles. The vine Vitis coignetiae is beautiful in its autumn foliage but messy and destructive in its rambling habit. Its aim in life seems to be to smother other plants …

We also looked at possible protective planting in front of the seven low arches at the north end of the Greenway:  blackthorn (Prunus spinosa), wild roses (Rosa rugosa ‘Hansa’ and ‘Rubra’, Rosa moyesii Geranium, Rosa canina) and Pyracantha coccinea (‘Orange Glow’). These plants should certainly be colourful – perhaps not quite as glaringly colourful as the current tagging – and also fragrant in summer while providing beautiful rosehips – aka food for wildlife – in the autumn. They will need to be very strong, spiny and grow to 1-2m.  We will need to train them up the wall. 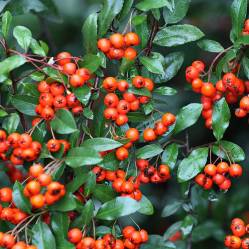 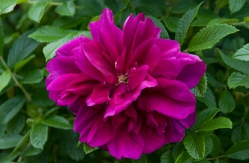 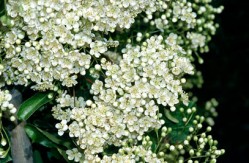 Who knows what the weather will do between now and our next clear-up session on Sunday 3rd December. Will it go really cold? Will it be wet and mild? Either way, the wild areas we’ve left untouched should provide food and shelter for a range of bugs and birds.

And if you’ve been concerned, as some of us have, that humans have had to seek shelter on Brighton Greenway, then, as the weather gets colder, do the right thing: make a donation to one of the charities supporting homeless people in our area: Shelter, Brighton Housing Trust, St Mungo’s …